Top 13 Places To Visit In Mumbai 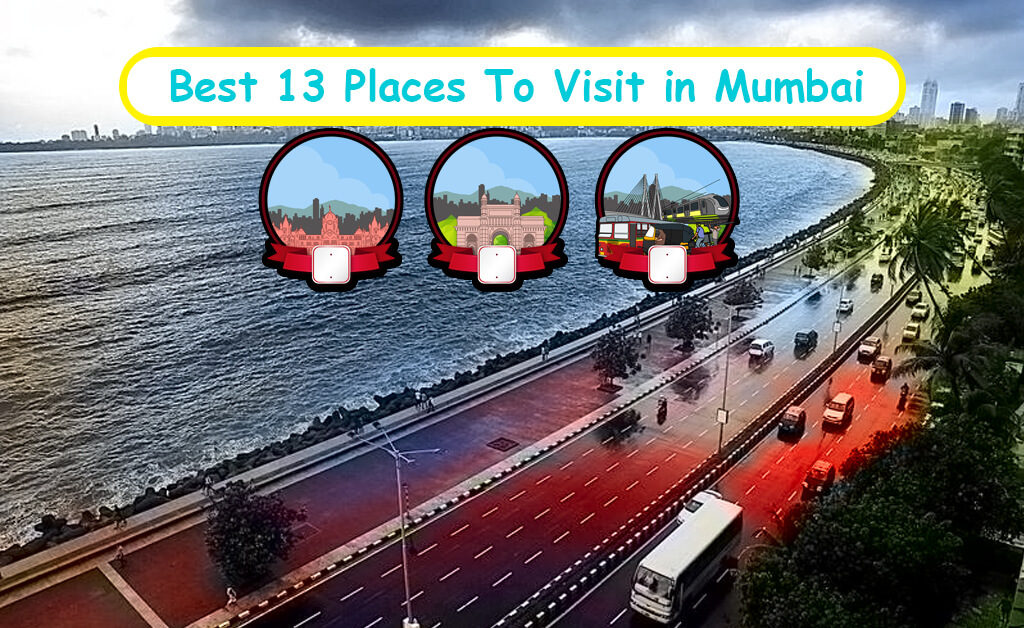 Top Places To Visit In Mumbai

1. The Gateway of India

South Mumbai because this is where most of the important sites are the Gateway of India and next so simply being a gorgeous structure also has major historical significance for India this is where the last British troops left India following the country’s independence I would highly recommend you to visit the Gateway of India during sunset but also after sunset as it is beautifully lighted in the evening.

Gateway of India built in the 20th century to commemorate the visit of a George V and Queen Mary to Mumbai it is a large art with height of 36 meters and is done in Hindu sir sonic style however if one looks closely faces of Muslim architecture styles can also be traced it is an idol photographic destination.

Historical building the Taj Mahal Palace Hotel so many Indian national as well as international celebrities have stayed in this hotel they have these amazing photographs so you can spot all of the celebrities and I spotted Oprah as well as Obama next to the phenomenal staff this hotel has the most amazing flower decorations and if you’re not staying here I would still highly recommend you to at least have a coffee a dinner or even an ice-cream.

Marine Drive is a 3.6-kilometre-long Boulevard in South Mumbai in the city of Mumbai, India. The road was constructed by late philanthropist Bhagojisheth Keer & Pallonji Mistry. It is a ‘C’-shaped six-lane concrete road along the coast, which is a natural bay.

Marine Drive is a long board walk next to the Arabian Sea that stretches from Nariman Point up to Chowpatty beach because of the half circle shape the lights in the night appear to make a
necklace therefore Marine Drive is also known as Queen’s necklace marine drive will give you a view on some of the most beautiful sunsets ever.

Elephanta caves are said to be one of the oldest Rockford structures in the country and as a perfect example of archaic Indian art associated with Lord Shiva depicting him as a destroyer Priya dog and preserver of this universe this is also a UNESCO World Heritage.

The Elephanta Caves contain rock cut stone sculptures that show syncretism of Hindu and Buddhist ideas and iconography. The caves are hewn from solid basalt rock. Except for a few exceptions, much of the artwork is defaced and damaged.The main temple’s orientation as well as the relative location of other temples are placed in a mandala pattern.

Juhu beach is another place in Mumbai where people just hang out in the evening there is a lot of entertainment but the biggest
entertainment would be the enormous food court because it looks more like a food carnival than just the food court it is an absolute blasphemy to leave this place and not have some of the foods that they offer here.

Actually I would say completely stuff yourself with amazing street food because that’s what this place is for you to understand the variety of foods can be overwhelming and therefore I would like to recommend you one dish that you absolutely have to try that would be foul bhaji, pav bhaji is a Mumbai specialty you have to eat it if you’re visiting Mumbai it is very delicious.

The Bandra–Worli Sea Link is a cable-stayed bridge with pre-stressed concrete-steel viaducts on either side that links Bandra in the Western Suburbs of Mumbai with Worli in South Mumbai.

It is a must-visit in Mumbai. This architectural marvel can give you the best photographs. It looks very beautiful. The beach is a great place to hang out too. They may deny entry during the monsoon, but otherwise, it is free for all.

This took years to build, Mumbai needs few more to ease congestion and bring down the distances. People seemed to enjoy the drive than speeding which is welcome sign. The entrances need some work to smoother traffic flow.

six saved even a temple it’s a Hindu temple dedicated to not Shri Ganesh in standing demonstration of beauty in architecture it is very famous and not just Mumbai but in Wales parts of the country situated in the other it is one of the most beautiful places to visit in the city Mumbai.

This place has its own charm. Surrounded by positive vibes this place is so serene but always huddled up. Through satisfaction of inner self it reflects how soothing this temple is. The inner art is total win. Once you are in Mumbai you just can’t miss out on this place. Definitely do pay your visit Siddivinayak Temple.

Haji Ali dargah is a renowned place for Muslims it is a white washed structure that is spread in the area of 4,500 meters and surrounded by white pillers it is situated in the middle of the sea that is dashed to the part of the land which gets submerged in water in the events of high tides to different traditions.

Hats off to ancient architects and civil engineering for this creation. All people irrespective of cast, community and religion are coming and praying to god at this place. A beautiful sea view adds beauty this lovely dargah. Cleanliness is most problematic area where more improvement is required.

Essel world the world is the biggest amusement park in the city and is a huge tourist attraction it is situated on the coast of Gorai town in Northwest Mumbai people from all age provision the island of fun and frolic and have fun stimulation and immaculate satisfaction.

EsselWorld is the largest amusement park in the country & ‘Water Kingdom’ is one of the largest Theme Water Parks in Asia, both located on 64 acres of land.

Mount Mary is an ancient church that was filled in 1640 and was later rebuilt in 1761 this church is situated on top of a hill that is known as sundarban Bandra which looks like the ribbon silver church is believed to have healing powers and that is the reason it is always formed with devotees from all over the globe.

It’s a beautiful place to pray and visit. During festive season it’s quite crowded and queue is quite long but it’s well managed so you can enter in but you won’t get too much time to pray because you have to keep moving. They also have a fair once a year which is fun. But the rest of the year you can go pray as much a as you want. It’s quite peaceful. They mess here too regularly.

“Colaba Causeway, a street side shopping destination which is famously named with originally called ‘Shahid Bhagat Singh Road’ is a linked commercial street/lane between island Colaba and the city area at South Mumbai.

You get really good stuff for extremely affordable prices. You just need to polish your bargaining skills and you can shop a lot with even a small budget. I always manage to pick up amazing clothes and footwear. Artificial and junk jewellery lovers this is one really good place to collect stuff from.

Versova Beach it is situated at a distance of 11 kilometres from Mumbai fishing is considered to be their main source of livelihood the local residents of this area are referred to as Cody’s you can even go for horse and donkey rides if you wish to and don’t forget to take a glimpse of the Cody’s nationa fishes it is a sight to remember.

Sanjay Gandhi National Park is an 87 km² protected area near Mumbai in Maharashtra State in India. It was formerly known as Borivali National Park. It is notable as one of the major national parks existing within a metropolis limit and is one of the most visited parks in the world.

It is a brilliant place to go for a walk, couples aside. The calming effect it has is to be experienced. Day in day out traffic and running around takes a toll on us and one hour walk here is a good way to recover from the busy life. Do visit.

How to travel kedarnath temple with your bike

While planning your own tour why should you be limited according to your driver. You can plan your bike trip like a day, where to 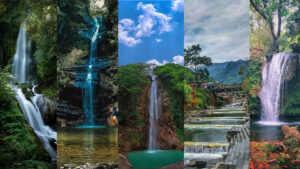 Uttarakhand is blessed with natural resources from having a badge of second highest peak to having a valley of flowers. When you come to visit

According to the locals of Lohajung that Brahamtal trek is a very unique and classic trek. Everything that you want to have on winter trek 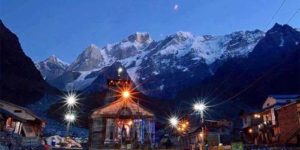 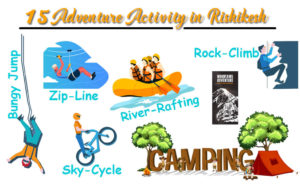 Water activity is one of the most demanding activity in Rishikesh. Rishikesh was specially only know for it’s culture and pilgrimage and now it is

Plan Your Trip With Us!